My passion for woodworking started at a young age in my father's basement workshop.  Although at the time it was nothing more than driving nails into a piece of wood and later progressed to driving a chisel so deep into a piece to the point that it was unretrievable, at least for a small boy.  But unlike many other passions of a small boy, this one only grew.  It grew to the wood shop at high school, where i could be found before classes, after classes and even during many lunch hours. Then a co-op program through the school at a wood shop.  Many ask me why i never pursued it as a career, and i don't really have an answer to that. But the workshop always felt like home.  Then the workshop did become home.  First to a small corner in the basement of my first house, and now, a detached two car garage.  Home at last.

It is now years later, it's time to get serious about woodworking again.  And so begins the next chapter. 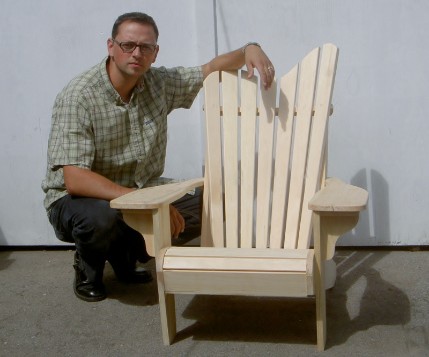